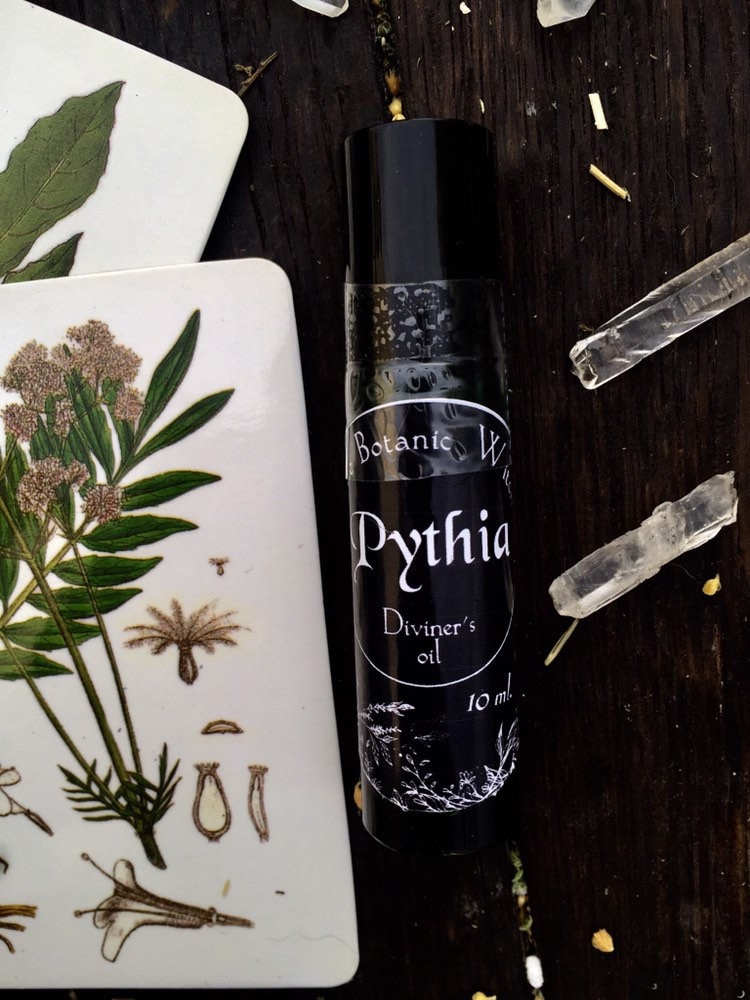 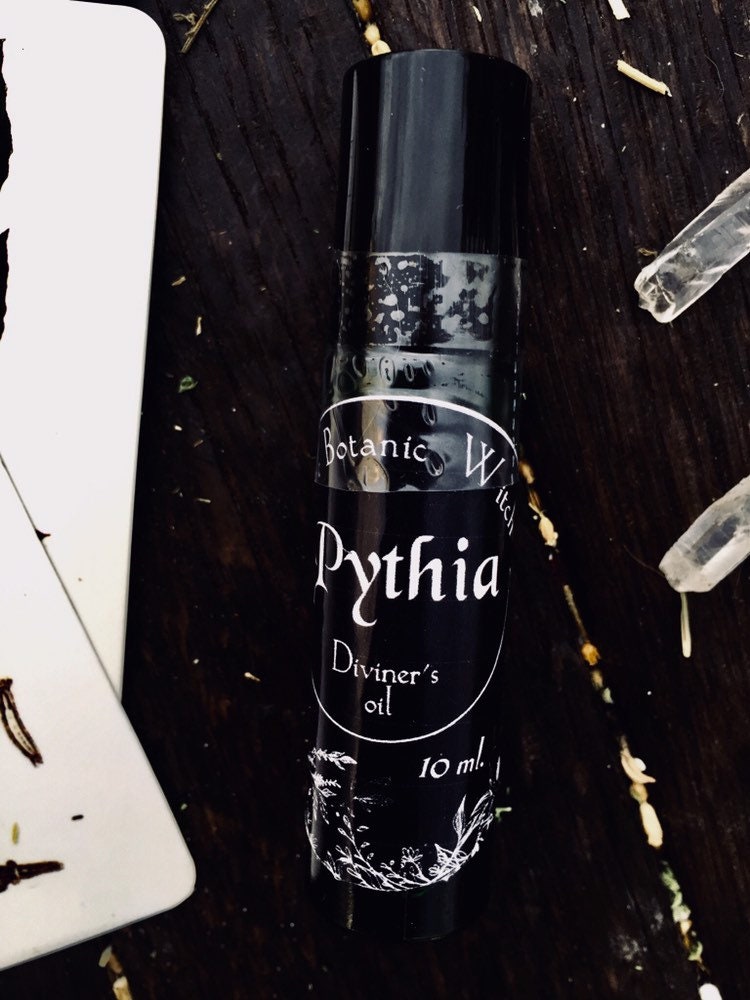 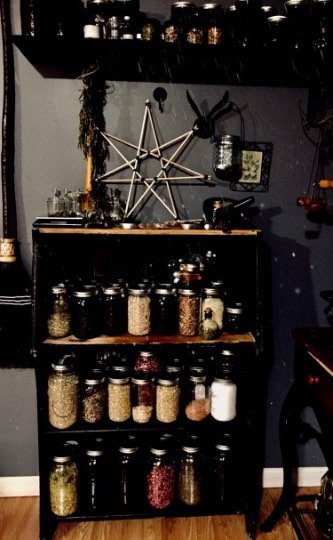 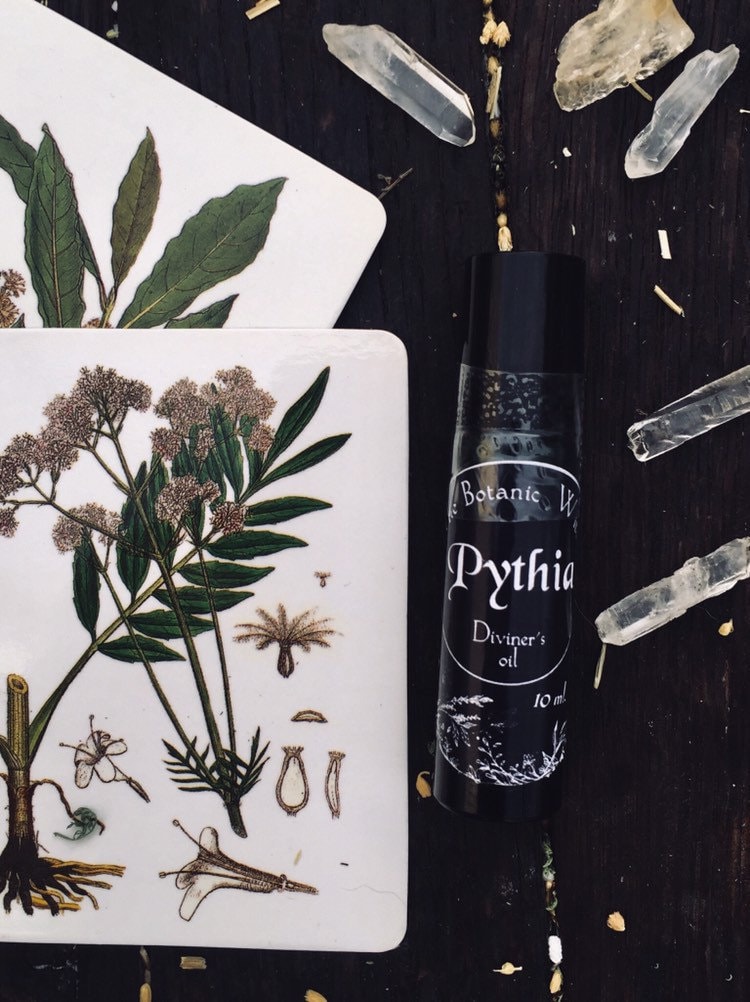 Pythia is a blend of oils that assist the art of divination.


Though I originally formulated this oil for scrying, it can help guide us in any type divination including runes, pendulum, Greek alphabet oracle, and the Tarot

Scrying is a method of divination that involves gazing into a usually reflective or translucent surface such as a scrying glass, a crystal ball, black mirror, or a scrying pool.

Crystals, fire, and smoke can be worked with as well. Practitioners gaze into the surface, or past it, in order to achieve a trance-like state.

While in a trance one may see spiritual visions, or glimpses of the future, or activities taking place elsewhere in the present reflected in the scrying surface.

You may use Pythia oil to anoint either yourself or you divining tool of choice. If using cards I recommend using the oil on yourself.

Do not use to anoint paper products or wood.

The Pythia may be more well known to many as The Oracle at Delphi.

Apollo, the God of Light and Truth ordered his Cretan priests to establish a temple to him at Delphi and he blessed the oracle there that she should be the most famous and accurate. It is said the fumes from the Castalian Spring allowed the oracle to enter a trance state.

Other evidence points to the poisonous Oleander, often referred to in the Old World simply as “Laurel”, which is why it is often thought she inhaled the smoke of the Sweet Bay Laurel.

The Bay Laurel has no psychoactive effect.

The oracle at Delphi is a figure of great historical importance that was, and still is, shrouded in mystery. She spoke for the god Apollo and answered questions for the Greeks and foreign inquirers about colonization, religion, and power.

By her statements Delphi was made a wealthy and powerful city-state. The oracle was at the height of power around 1600 B.C. when Greece was colonizing the Mediterranean and Black Seas (Hale), but was stationed in Delphi from 1400 B.C. to 381 A.D.(Roach).

Despite her long tenure it is still debated today how she received the words from Apollo, whether by hallucination or suggestion.

*Witchcraft and Magical info provided as Curio only.